The name Odisha is derived from the Sanskrit word ‘Odra Vishaya’ or ‘Odra Desa’. The ancient province of ‘Odra desa’ or ‘Or-desa’ was limited to the valley of the Mahanadi and to the lower course of the Subarnarekha River. It comprised the whole of the present districts of Cuttack and Sambalpur and a portion of Midnapore. It was bounded on the West by Gondwana, on the North by the wild hill states of Jashpur and Singhbhum, on the East by the sea, and on the South by Ganjam.

The Odisha state, which was once a land of Kings and Kingdoms, now boasts of being a rich source of natural resources. Its people, temple architecture, classical dance, religions, fairs and festivals, unique handlooms and handicrafts, green woodlands, rock caves, charming blue hills have always attracted historians, tourists, and travelers from all over the world. Its rich history, revolutionary freedom movement, fascinatingly sculptured temples and monuments, tribal life characterized by dance, music, rituals, hunting, gaiety, and wild ways have become important topics of research for great historians and scholars. 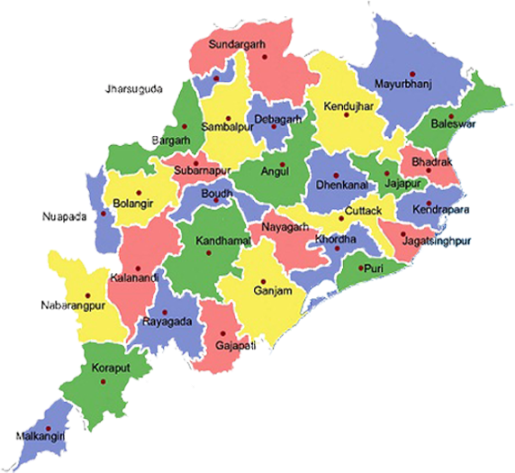 We advise to candidates for Odisha Recruitment 2021, How to Apply, Selection Process, Age Limits, and other details please read given here official recruitment notification carefully before apply online or Offline.

We wish you all the best for a better future.

Know the current status of your case by Return SMS

Important: Case Number Record (CNR) is a unique Identity Number of each case, which remains constant. All the Advocates, Litigants, and stakeholders are requested to ascertain the CNR of their respective cases from the concerned Courts and to refer the same for all future references.